Exposure is an immersive production for an audience, a site, and a performer. It combines choreography, sound, and light, giving each equal weight to each element.

Exposure questions the notion of energy given the current issues of climate change and the destruction it is causing. How can we invent an approach that puts emotional dimensions at the heart of these issues? How can we create a different perception and vision of these issues, which are traditionally only tackled from technological, economic, and geopolitical angles?

Exposure focuses on energy exchanges between human beings and machines and the possibility of creating an ecology of perceptions in an industrial setting. In particular, it addresses the potential in learning to perceive micro-exchanges within a space saturated with intensity, in tackling ways to cultivate the miniscule and fragile within the immense, and in focusing on the power that can be created by joining micro-energies together.

The choreographer and dancer, Anne Collod, accompanied by the sound composer Francisco Lopez and the lighting designer Henri-Emmanuel Doublier, fill the space with poetry, taking the audience on a journey of perception that explores the energies associated with solo dance, and sound, and light installations, creating an alternative technical tour of the site. The work on vibrations, waves, and light beams is an invitation to refine perceptions and focus on the flow of movement, heat, light, sound, dreams, and emotions that pass through and are exchanged at different levels between humans and machines.

The solo dance that Anne Collod has created is based on the hypothesis that she is an ecosystem producing and developing a set of energy exchanges with her surroundings. Her dance explores the effects of perceiving oneself as a dancer, a woman, and an ‘expert’ on energy in all its forms: kinetic, motor, sexual, subtle, vital, atomic, despairing etc. Flow, waves, and vibrations make up the raw material for a series of ritualised actions and movements that are made by a woman moving within a particularly toxic environment.

Exposure is also looks at the local impact of energy production on the specific site and the possibility of inventing new ways of producing energy in the near future.

A modular performance: Exposure is a modular promenade-performance, designed for active or dis-used energy production sites: urban heating, water pumping plant, thermal, solar, or electric plants, or potentially for theatres performed on stage or in the boiler room or basement. Exposure is adapted to the scale and nature of each space.

Upstream, …& alters collaborates with the structure that has issued the invitation to scout and research energy production sites that may host the production.

The scouting and research process is likely to rely on existing local organisations: urban planning departments, CAUE (conseil d’architecture, d’urbanisme et de l’environnement - council for architecture, urban planning and the environment), unions, associations, etc. because the underlying goal is to build diverse partnerships by creating a dialogue with actors from artistic, political, and social fields who would like to share a collective emotional, reflective, and poetic experience on a specific site that is sometimes inaccessible to the public. 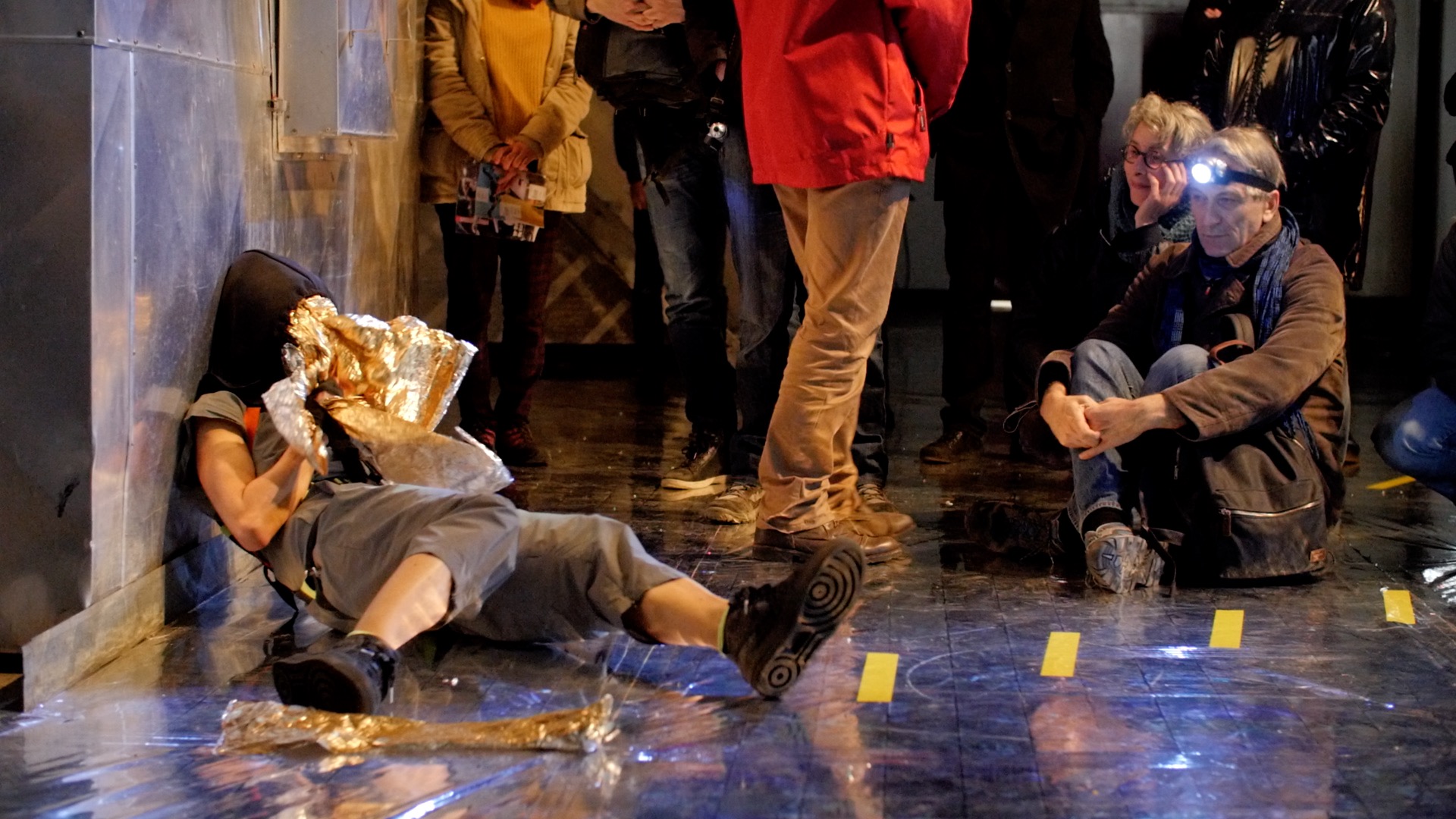 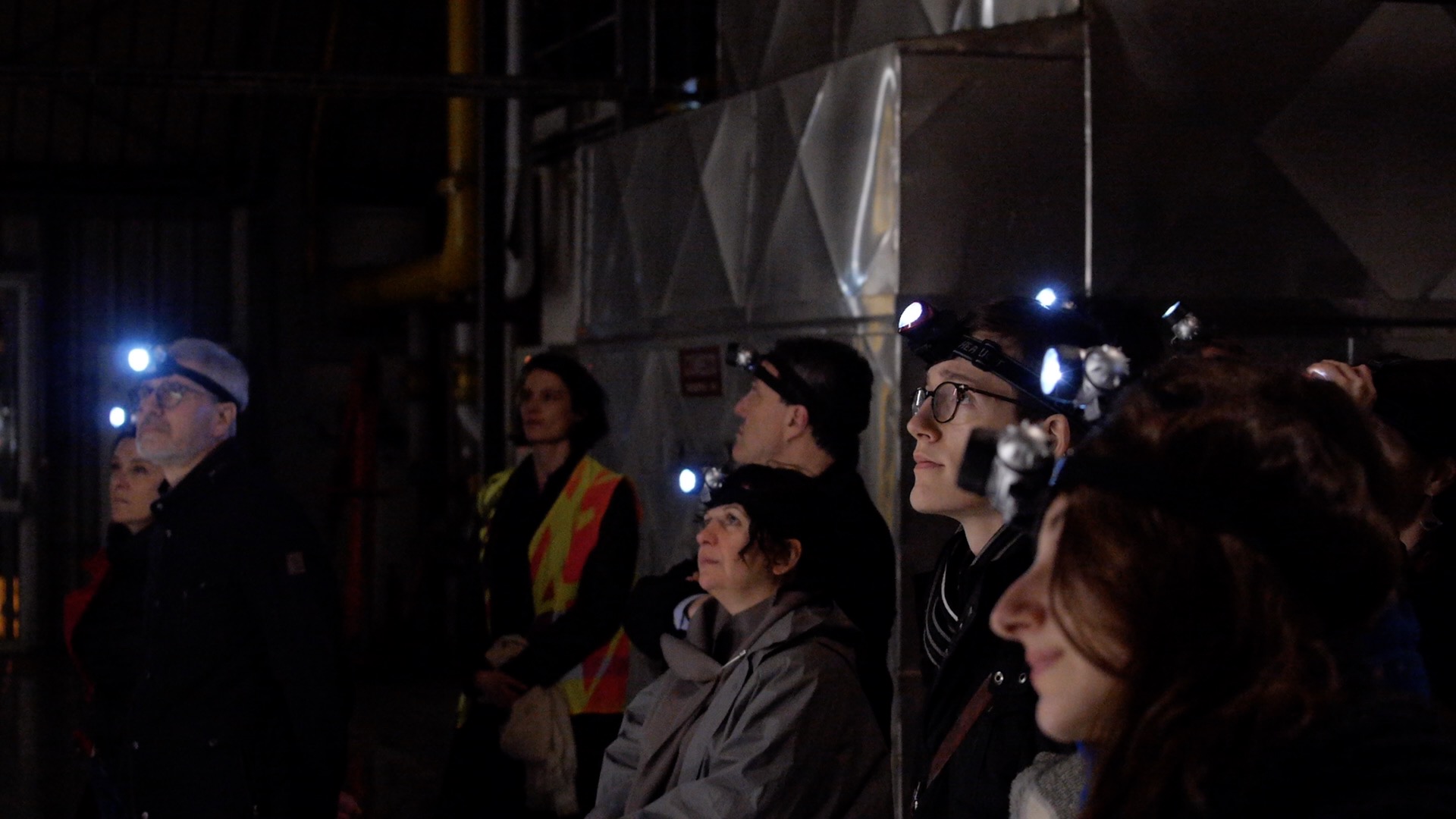 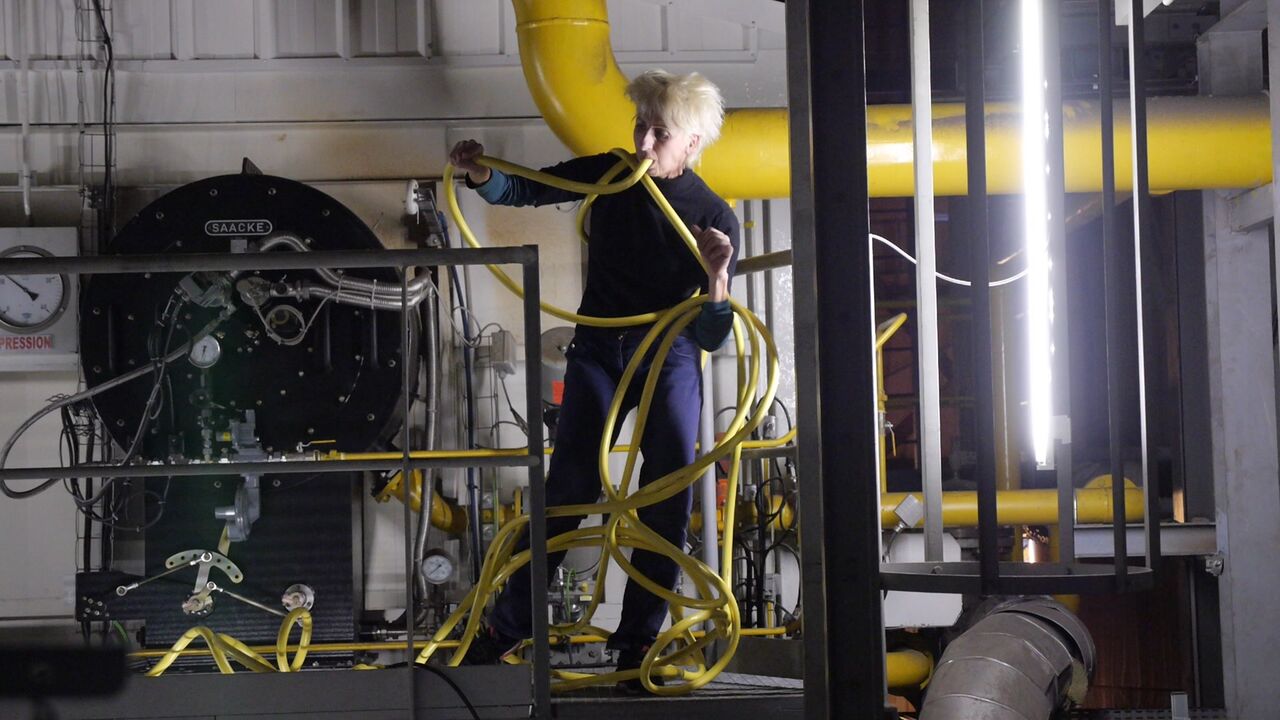 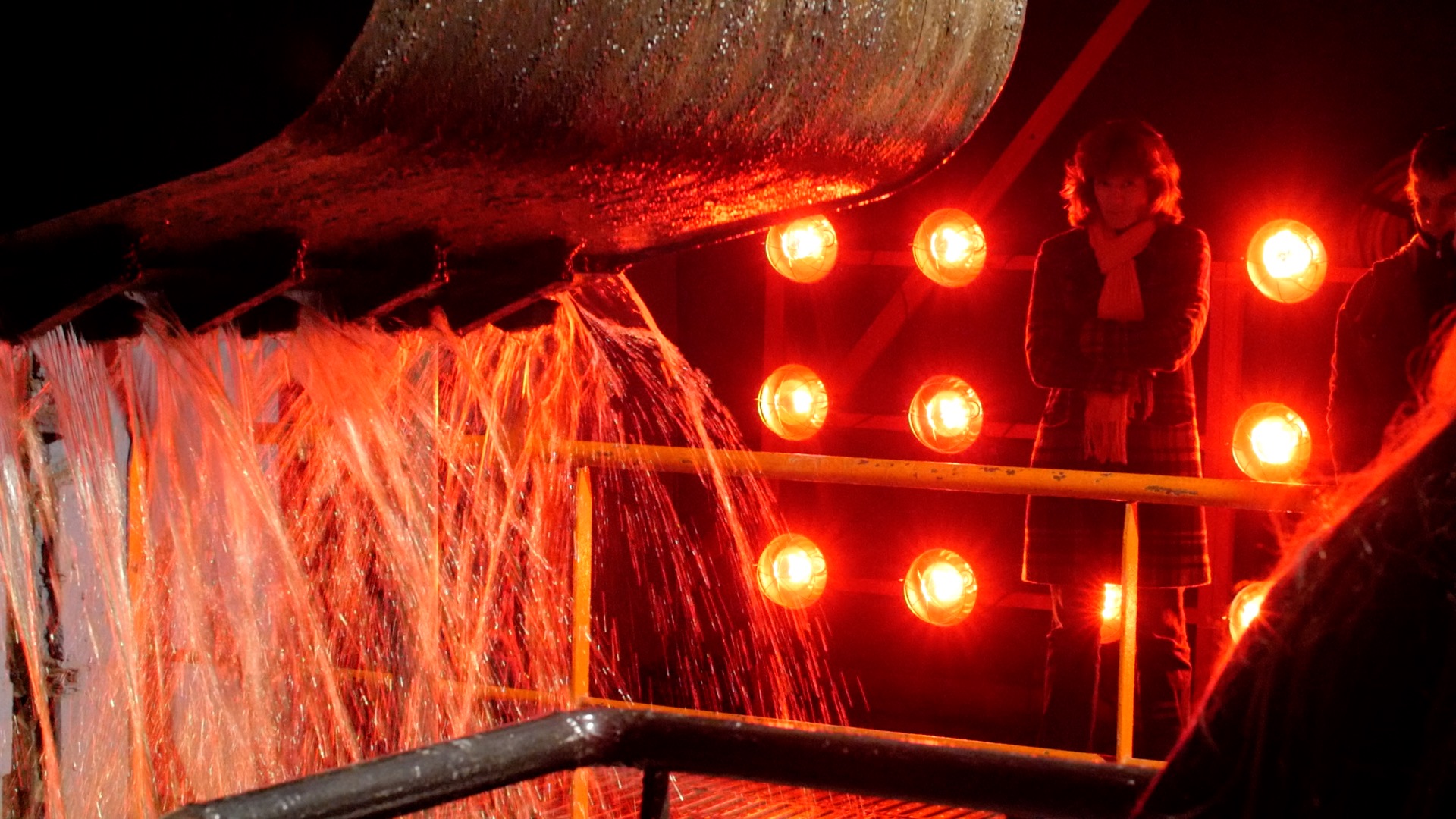 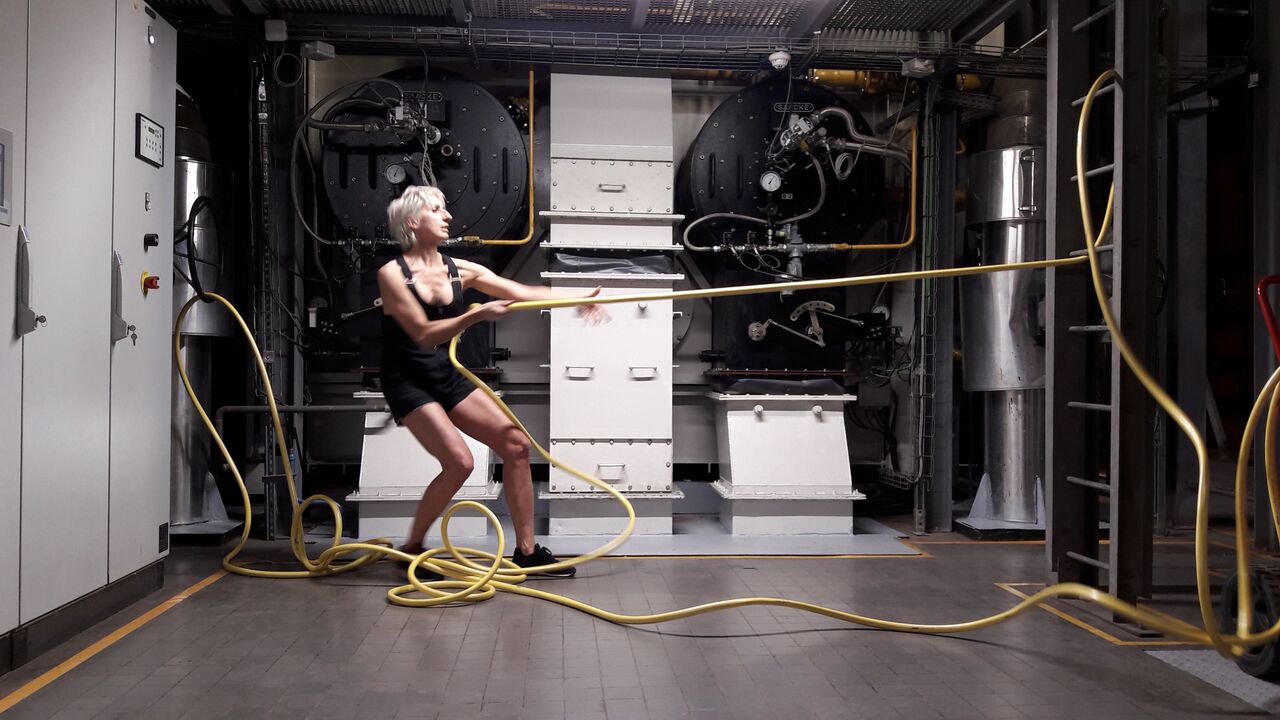 Administration, production, distribution: La Magnanerie  Production delegate: association … & alters  In coproduction with: La Briqueterie/Centre de Développement Chorégraphique, Val-de-Marne, Fontenay-en-scènes.  With support: from the Departmental Council for Val-de-Marne; the association … & alters as associated with the Briqueterie CDC Val-de-Marne (2014-2017) and received support from by the Regional cultural affaires directorate (DRAC) for Île-de-France, and the French Ministry for Culture and Communication in the form of a structuration grant.